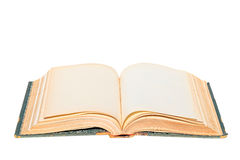 In the early 1980s, I was on my higher education journey at SUNY New Paltz. Writing Composition, I and II were new things required of all first-year students. Like many college youth, I thought I knew everything and was totally confident in my abilities even though that confidence was based in absolutely no academic fact. Plus, I wanted to be a writer, so of course, I knew how to write. We were assigned our first composition.

There were no computers back in those days. I slaved over my IBM Selectric typewriter with Correcto type which had been my high school graduation gift. (Who needs a car when you can get an electric typewriter instead?) With no spell or grammar check, I proofed it with my eyes. It was perfect. I proudly handed in my composition and waited for my A. I received a C-.

I was humiliated and hid my paper in my notebook all through class. I was always the student who sat right up front in the middle and every time the professor passed my desk, I could feel my face flush and the humiliation filled me from top to bottom. How could I be so stupid? I was a very shy young person. I rarely spoke in class and had trouble making friends but when class was over I was determined to seek out the professor.

Campus was large and sprawling for this country girl. I had only been in an elevator a handful of times in my life, but I took the elevator up to the office of Dr. Jack Crawford, the C- paper in a folder held against my chest. It felt like it was burning a hole in my skin. I stood next to the open door to his office, hiding just off to the side so he could not see me. I was trying to work out what I might say. Finally, I worked up the nerve and stepped into the door frame. Dr. Crawford was sitting at his desk, grading papers. I stood there a moment before he looked up.

The Jack Crawford I hold in my memory was a tall man with a shock of white hair. He was tall and thin and looked like someone’s grandfather with his glasses at the end of his nose. He voice was soft, and he spoke with a southern lilt.

I stood there a moment tongue tied. Then I pulled out my paper, placed it on his desk and blurted, “I can’t be a C- writer.”

Dr. Crawford motioned me to sit. He picked up the paper and looked at through his glasses. He was quiet a long time. A very long time. I wanted to crawl under the desk or run out the door. I could feel myself flushing again.

“Well, now,” he said putting the paper down and looking at me, “Let’s see what we can do here.”

I spent a long time in that office on that afternoon. Point by point he went over everything in the paper. But it wasn’t oppressive, and he didn’t make me feel stupid. He spoke in a gentle way. He helped me to understand that I was not my writing. I wasn’t stupid. My writing just needed some improvement. He handed me a worn copy of the Harbrace College Handbook. I labored on the rewrite. I labored on the next assignment. That one wasn’t an A either. Dr. Crawford’s comments were kind and encouraging. After a few assignments, I got my first A with him. It was an A- but it was an A. After that A, about mid-semester, there was a shift in assignments. He would discuss the assignment on the syllabus but then slip a paper on my desk and say, “Not you. You do this assignment instead.” Sometimes he’d slip a book on my desk, too. Dr. Crawford was quietly rewriting the curriculum just for me.

I’d sit for hours at home, writing and rewriting my essays. I read everything he gave me. I’d shyly slip into office hours with questions about the reading or ask him to read a draft. He always had the time for me. He’d lean back in his chair, hands behind his head, legs crossed and asked, “But did you think about this?” Finally, I got my A. Dr. Crawford slid that paper on my desk, looked down and smiled at me. “Good job,” he said. I had never been so proud of my writing.

But while I was slaving away, I did notice the rest of the class was not. They were bored and yawned. So many sat in the back, disconnected. It shocked me that so many were unprepared for class. They didn’t do the readings or handed things in late. On the research paper, several students openly plagiarized. They got their Bs and Cs and were satisfied.

Dr. Crawford gave me a B+ in his class. I went on and took other classes with Dr. Crawford and finally earned that A. Because of Jack Crawford I went well beyond Freshman Composition I and II.  I went on to earn several degrees, all with writing concentrations. This summer, I will graduate with an MFA in creative writing with a 4.0.

I don’t think that Jack Crawford saw any potential in that C- essay but he saw potential in me. He could have stuck to the curriculum. He didn’t have to go out of his way for me. But he did. I teach now, hundreds of students for which that 65 in English is “good enough.” Classes and classes of kids who sit on their phones, gravitate to the farthest point in the back of my room and tell me how much they hate English. But because of Dr. Crawford, when I find that student (and it is becoming increasingly rare) I will slide a book on the desk or give a slightly different assignment.

Jack Crawford died in 2011 and I never got to thank him personally. So many teachers talk about the starfish story. I was the starfish. Thank you, Jack Crawford, for picking me up and putting me in the ocean.