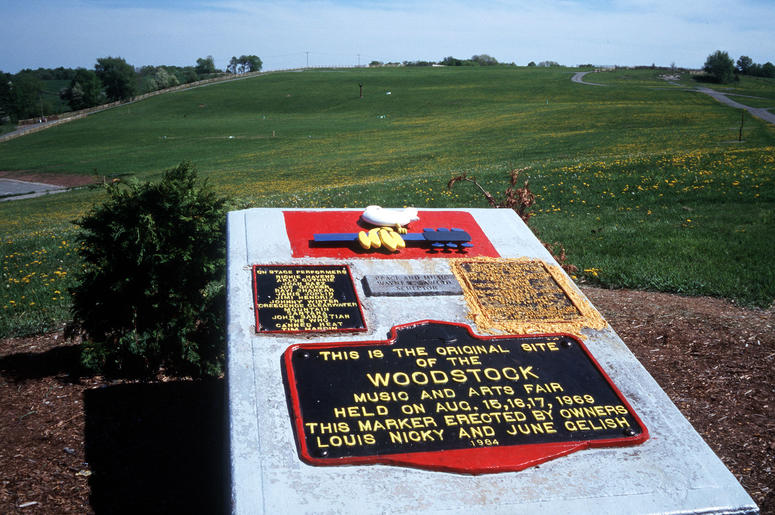 I was eight years old in the Summer of 1969 and lived about thirty miles from the famous Woodstock concert grounds. Of course, I had no idea what was going on over there. Not only was I only eight, but my parents were conservative Republicans and wouldn’t never approve of what those amoral hippies were doing over there. I doubt that either of my parents ever attended anything that sounded remotely like Rock n’ Roll. In 1969, my mother was still wearing girdles and perming her hair into a bob. My father wore dark suits to work and smoked at his desk. If it hadn’t been for my cousin, Jackie, and his girlfriend, Nadine, Woodstock would have been something I would have learned about when I was older. I would have been surprised that it happened in “my backyard’ and didn’t know a thing about it.

My Uncle John called my father desperate to have him rescue my cousin from the concert. It appears that Jackie’s VW Bug was stuck in the mud of decadence and debauchery and he begged my father to go and save them. My father did. How, in the days before cell phones, my father was able to locate my cousin and his girlfriend in the field of half-a-million, I have no idea, but Jackie and Nadine arrived at our house in the back of my father’s station wagon dirty and smelling of mud and marijuana. They wore cut off jean shorts and sandals. Nadine wore a halter top and had long, wild hair. I was absolutely enchanted. Jackie and Nadine held the little throng of my brothers and me captive with their stories of the concert. I knew I wanted to be like them. I wanted my hair to be long and untamed like Nadine’s. I knew I wanted to wear halter tops and cut off shorts, even though I knew my mother would never let me. I wanted to smell like them free and wild. I wanted things I never knew existed before. They didn’t stay long. And soon their VW was towed from the mud and they were on their way.

The day after the concert my parents took us on a ride down Peekamoose Road which runs from Sundown, New York to Olive, New York (though the other end of the road it called Watson Hollow Road.) It was a ride we took often as a family to experience the Sundown Wild Forest. This place was the rugged beauty of the Catskills. The road was narrow, winding and followed the Rondout Creek through rough-looking primeval forest, passing several waterfalls. It was pristine, breathtaking, natural beauty. But not on this day.

Every inch of the wild forest, on either side of the road, was covered with hippies. Thirteen miles of make-shift tents, rope clotheslines hanging from trees, naked and half-naked human beings, pots simmering over fires, dancing and the sounds of singing. There was a mounted forest ranger, casually riding his horse down the center of the road. For a child who had lived a sheltered life this was an awakening for me. The world was bigger, more varied and more exciting than anything I could have imagined. I’m sure this was not the lesson my conservative parents were trying to instill in me.

In 1994, my husband and two young children attended the wild, free, impromptu concert in that same field in Bethel.  We did not go to Winston Farm in Saugerties where the “official” Woodstock ’94 took place. Out in Bethel, we lay on blankets in the grass, ate our picnic and listened to the bands. I have no idea who they were, and they probably weren’t very good. But for the couple thousand of us who lounged around sharing peace and love, we really didn’t care. I wanted my children to experience the joy and harmony that happens when people get together to just be and share.

Where will I be for Woodstock ’19? I’m not sure yet. Certainly not at Bethel Woods, the high tech, commercial venue that the farm has become. (By the way, if you visit Bethel Woods, the concert venue is NOT set on the same field the concert took place. Visit the monument at the corner of Hurd and West Shore Road if you want to see the original venue). Neither will I be at the venue Michael Lang chooses. (Watkins Glen was cancelled, and rumors have it that Vernon Downs is being considered. Can you imagine the Spirit of ’69 at a horse racing track? No, neither can I.) But wherever I end up being, I won’t be thinking about the cultural, political and musical history that Woodstock influenced. I will be thinking about that little eight-year-old girl and how a concert she never even attended changed her life.