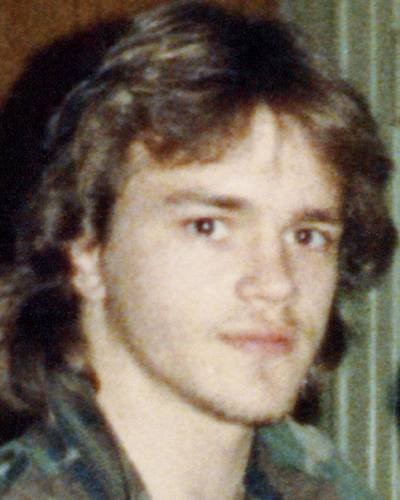 (This is an updated blog post. The original was written five years ago.)

Joe Helt did what most young people like to do on a wintry Saturday night; get together and have fun with friends. Don’t you remember, as a teenager, having that favorite spot where everyone gathered with no adult supervision? For Joe and his friends, it was the closed and abandoned Mt. Cathalia Ski Lodge in Cragsmore, New York.  January 16, 1987 was a typically cold, clear night up on top of the mountain. The friends built a fire and were enjoying themselves. Sometime during the evening, an argument broke out involving Joe and three young men attending the party: John LaForge, 21, Wade Marks, 18 and Kelly Diaz, 16. Other attendees at the party said the argument got so heated they were afraid the men were about to fight, but it didn’t happen. Joe asked another friend for a ride home, but the driver said his car was already filled and left without Joe. Things seemed to cool down and Joe stayed at the party, even accepting a ride with the three men he argued with earlier.

The four young men went for a joy ride around Sam’s Points. For those of us old enough to remember, you used to be able to drive the 3-mile loop that now is only used for hiking. Somewhere on Sam’s Point road, reportedly about a mile from the gatehouse, the car slid into the ditch. The men were unable to free the car. It was 3 o’clock in the morning. The temperature was about 22 degrees. Joe was dressed lightly, in a light camouflage jacket, a sweatshirt, jeans and high top sneakers. He did not have gloves or a hat. According to the story, Joe told his friends he was walking home, a trek of more than five miles. The friends claim the last time they saw Joe he was walking away from the stranded car.

No one realized Joe was missing until the next day. He had told his mother that he was going to be staying with friends and would go directly to work on Saturday evening. When Joe didn’t show up for work his boss called his home looking for him. His mother realizing something was amiss called the police.

The weather on the day after Joe’s disappearance dipped to 12 degrees. It was flurrying, the start of a major snow storm that would blanket the area with over two feet of snow. Joe was already missing a day and a half before the full scale search of the mountain began. Hundreds of police, rangers, firefighters and volunteers scoured the mountain. A helicopter and search dog aided in the search but the weather was uncooperative. After six days and grueling winter temperatures, it was concluded that if Joe was on the mountain, he would not have been able to survive in such conditions. The search was called off in the hopes that a spring thaw would reveal the truth in Joe’s disappearance. But that did not happen. Not one trace of Joe has ever been found.

The problem with Joe’s story is not all the pieces fit in the puzzle. According to published reports, Wade Marks and Kelly Diaz left 20 minutes after Joe to walk to Marks’ house, which was 2 miles away. Marks’ house was less than ¼ of a mile from where the friends had been partying. Marks and Diaz never caught up with Joe on their walk back. Ten minutes after Marks and Diaz left, John LaForge abandoned the car and walked back to his own house, also 2 miles away. According to police, the place where the car got stuck in the ditch showed no indication that a car had been stuck there. There have been rumors—and I do admit that right now they are nothing more—that something more sinister happened to Joe that evening.

Do I think that Joe took a short cut through the woods, fell into a crevice and his body never recovered? Absolutely not. There was no moon that evening. It is incredibly dark up there on the mountain. Joe did not have a flashlight. Neither did he have the foot gear to strike off into the woods. I believe something happened to Joe up there on that mountain and I believe someone knows the truth.

In 2012, a classmate of Joe’s, Shari Schwartz came forward and talked to news media about a confession that two of her classmates, boys that were with Joe the night of his disappearance, made to her. In the confession they claimed to have murdered Joe in a fight over marijuana. Shari claimed she had told the high school principal about the confession and assumed he had shared the information with the police.

Joe’s parents died of cancer in 2007. I have absolutely no doubt that Joe’s disappearance contributed to his parents’ illness and death. The disappearance of a loved one causes some of the worse suffering I have ever witnessed in my life. I think the ultimate evil in the world is to witness unwarranted suffering and do nothing to alleviate it. The family and friends of Joe Helt are suffering and have been suffering for over thirty years. I believe someone holds the key to alleviate their suffering and bring answers to the Helts.  It’s time to come forward. I would hope the person who can help solve this puzzle has the moral fortitude to come forward. However, if you are that person and you have pieces to Joe’s disappearance you do not have to “turn yourself in”. But it is time to do the right thing. You can help his family find Joe and give them the final peace they are looking for.  You can send an anonymous letter to the police. Please make sure you are specific as possible. You can make an anonymous call to a TIPS line. Yes, they really are anonymous. I suggest you write down all the information you have before you call the line so you don’t forget anything. You can hire a lawyer. All communications between a lawyer and his/her client are confidential. The lawyer cannot reveal your identity or “turn you in”. The lawyer can relay information to the police. In this way, if the police have questions they can contact the lawyer.  You can also visit a minister, rabbi, priest or therapist to discuss ways to give the truth to Joe’s family. Just remember conversations between a minister or therapist and a client may not be confidential. Ask before you reveal and information you want to remain private. All I ask is that you do something. Please don’t delay any longer.