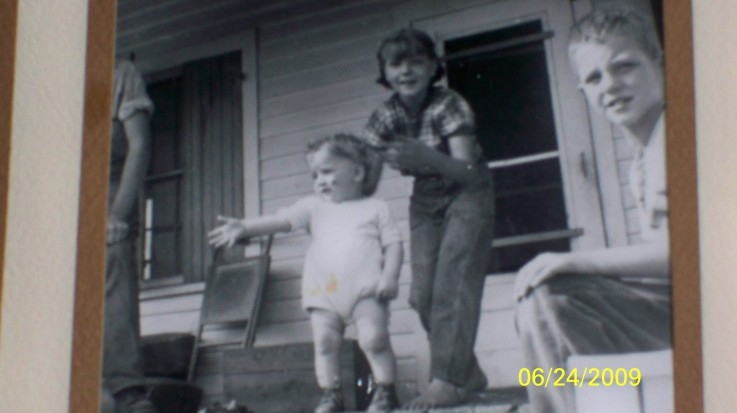 It’s been almost a decade since I have been writing about missing people. According to the FBI statistics, latest statistics, over 88,000 people are missing. I know from my years of writing that the number is deeply flawed. Those are the people reported missing, and trust me, there are at least that many who are not reported missing; the homeless, chronic runaways, and vulnerable people. People also my have been reported to their local law enforcement but not to the FBI. The U.S. Department of Justice refers to the number of missing Americans as “The Nation’s Silent Mass Disaster”. It boggles the mind.

On May 25, 1955, Freddie Holmes, just two months shy of his second birthday, disappeared from his home on the top of Denman Mountain Road in Grahamsville, New York. His disappearance kicked off the largest search Sullivan County would ever put together. School was canceled so teachers could join the search effort. Police agencies from Sullivan, Delaware and Ulster County sent. The Woodbourne Civil Defense organization sent searchers. Prison guards also joined the search. Volunteer firemen from Grahamsville, Liberty, Hurleyville, Fallsburg, Woodridge, White Sulphur Springs, Woodbourne, Neversink and Monticello all joined in the search. Search dogs were employed. A helicopter search was conducted, the chopper sent from Stewart Air Force base. For three days in the pouring rain, the searches worked tirelessly.

The search continued for many months after the initial search. Search warrants were issued for all the homes on top of Denman Mountain. My parents’ home was searched. Police searches went up into the attic and searched the crawl space under the house. The Holmes’ garden was dug up and their pond drained. In the following months, every inch the top of that mountain was searched. Freddie’s parents were sent to Albany to take lie detector tests (they passed) and their other children were questioned.  To this day, not once clue about what happened to Freddie has ever surfaced.

It would not surprise me if many people in Grahamsville have not even heard about Freddie Holmes. I’d like to take the 60th anniversary of Freddie’s death to reach out to everyone, everywhere and explain that we aren’t ever going to get a handle on this silent mass disaster if we don’t start making awareness of the problem more prominent. There has been a lot of progress in the decade since I have been writing about the missing. The National Missing and Unidentified Person System has been created. More and more places are hosting missing person and DNA gathering events. Laws are changing for the way missing people are reported and the ways in which searches must be handled. And yet, most people don’t even have any idea that this nation is suffering from a silent mass disaster.

The missing cannot speak for themselves, so we have to do it for them. I think it would be a good idea for communities to “adopt” the missing person. No matter how long the person goes missing—a year, a decade or sixty years—flyers should still be hung in prominent places; libraries, town halls, and bulletin boards. Newspapers should run, at least, a yearly update. Vigils should be held on each anniversary. The community should reach out to the family and find ways to meet their very specific needs and let them know they are supported. Events in the missing person’s honor can be held and funds raised to either help in the search of that community’s missing person or to fund organizations which offer free help to the families of the missing.

Freddie will be 66 this year. He has blue eyes and as a child his hair was a curly blonde. His sister is still looking for him. If you know anything about this case, please call the Sullivan County Sheriff’s Office at 845-794-7100.

By the way, who’s missing in your neck of the woods?